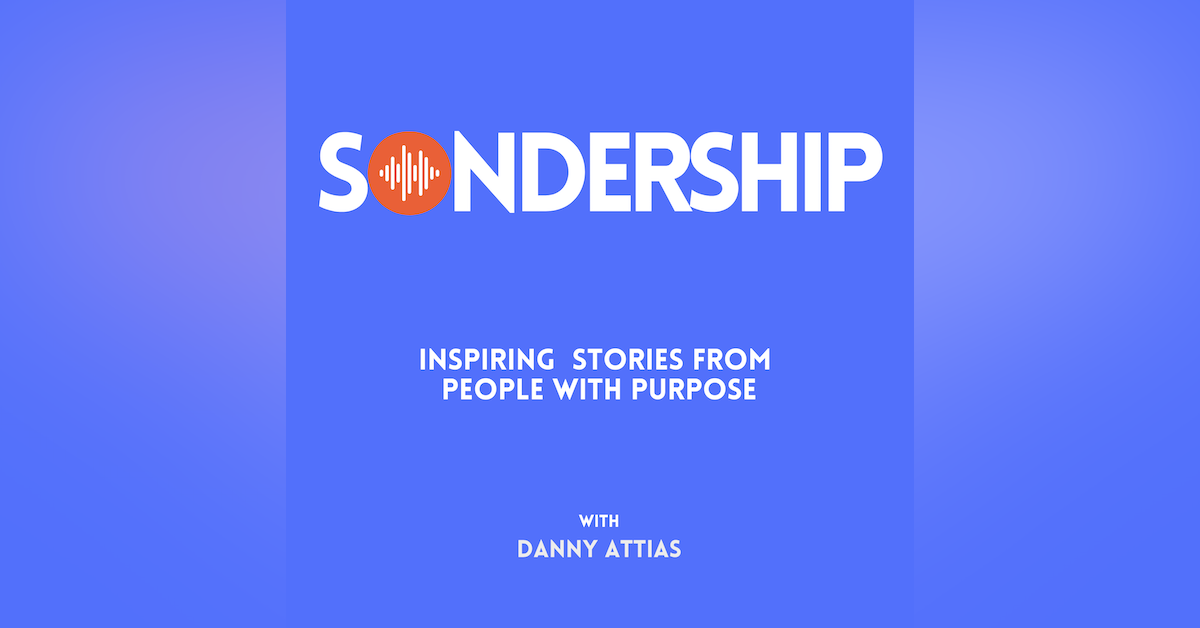 Find out what Sondership is all about and get a taste of upcoming episodes.

A transcription of each episode as well as guest profiles and much more is available on our website www.sondership.com

Sonder: The Realization That Everyone Has A Story: https://www.youtube.com/watch?v=AkoML0_FiV4

Welcome to the Sondership podcast, I'm your host, Danny Attias. So what Sondership? Well, we need to start by first asking the question, what is sonder and who better to answer that than John Koenig, the creator of the dictionary of obscure sorrows. Here's an excerpt from his 2016 TED Talk, "The conquest of new words", take it away John.

I am the author of the dictionary of obscure sorrows, uh, which I've been writing for the last seven years. Um, and the whole mission of the project is, sort of find a holes in the language of emotion and try to fill them so that we have a way of talking about all those human peccadilloes and quirks of the human condition that, um, that we all feel, but may not think to talk about, cause we don't have the words to do it. I defined Sonder with the idea that we all think of ourselves as the main character and everyone else's just extras, but in reality, we're all the main character, and you yourself are an extra in someone else's story. Um, and so as soon as I published that, um, I got a lot of response from people saying, thank you for giving voice to something that I had felt all my life, but I, I, there was no word for that. So it made them feel less alone. I think that's the power of words to make us feel less alone. And it was not, not long after that, that I started to notice sonder being used earnestly in conversations online, uh, and not long after that, that I actually noticed it. I caught it next to me in an actual conversation in person. There is no stranger feeling than making up a word and then seeing it take on a mind of its own. I don't have a word for that yet, but I will. I'm working on it.

So that's, sonder, so what's Sondership? Well, starting with this podcast, Sondership is seeking to create a new community where people can share their moments of sonder and also how it grew something inside of them to drive them towards a greater purpose. In each episode, you're going to hear from a fantastic range of guests that I'll be interviewing to find out about their purpose of what they're trying to do. We're going to have people talk about mental health, climate change, female empowerment, helping improve the lives of other people. People that they don't know, people that they will never know. In our first few episodes, you'll get to hear from people like Avril, the founder and CEO of Cancer Central and self-proclaimed cancer thriver on her sonder moment. So Avril what's your first or most impactful recollection of sonder?

I love that word. I mean, I didn't even know existed until, your fantastic podcast and, and you really got me thinking, well, what is my first?

You'll hear from Natasha, the founder of Shop Mental Health who quit her day job as a management consultant, because she wanted to help other people who had been afflicted like her mother by mental health issues and disability discrimination, following a long and painful recovery from cancer.

What we didn't see coming, or certainly I didn't see coming was actually, her biggest problem would be once she returned to work. So actually the cancer journey and the treatment and everything was really small compared to what we were about to see.

You'll hear from Howard and his experience in the military and how coming back into society he wanted to make a change and he made changes in people's lives.

Because you know, other sonder moments like sitting down with the Kurds who were extraordinary accepting people, respected us, when you might say, why would they respect us, given the mess we've created here, we've let them down or let everyone down. Um, but they still felt that we were a positive influence and, I'd sort of developed sort of great humility about this sort of, uh, trying to see into their minds and seeing why and how things had happened and what could be better because at the heart of this was a whole range of lies and political structures and vested interests that created this in the first place, um, and whilst I was a loyal military officer doing my job, um, I also had a personal view, uh, that I, that things could be a whole lot better

That's what this podcast is about. So if you want to hear inspiring stories from people with purpose, then follow us on your favorite podcasting platform. Sign up to our newsletter on our website, sondership.com to get exclusive content and information about future things that well don't even know what they are yet. Have a think about your sonder moment and how that, how that helps you think about other people and their lives and their journeys. We hope to see you soon on the Sondership podcast. To finish off, I'll leave you with a few more words about sonder from the man himself, John Koenig

The protagonist is star at the center of your own unfolding story. You're surrounded by your supporting cast, friends and family hanging in your immediate orbit, scattered a little further out a network of acquaintances and drift in and out of contact over the years There in the background, faint and out of focus are the extras, Random passers-by, each living a life as vivid and complex as your own. They carry on invisibly around you during the accumulated weight of their own ambitions, friends, routines, mistakes, worries, triumphs inherited craziness. When your life moves on to the next scene, there's flickers in place, wrapped in a cloud of backstory and inside jokes and characters strung together with countless other stories that you'll never be able to see. That you'll never know exists, in which you might appear only once as an extra sipping coffee in the background. As a blur of traffic passing on the highway, there's a lighted window, at dusk 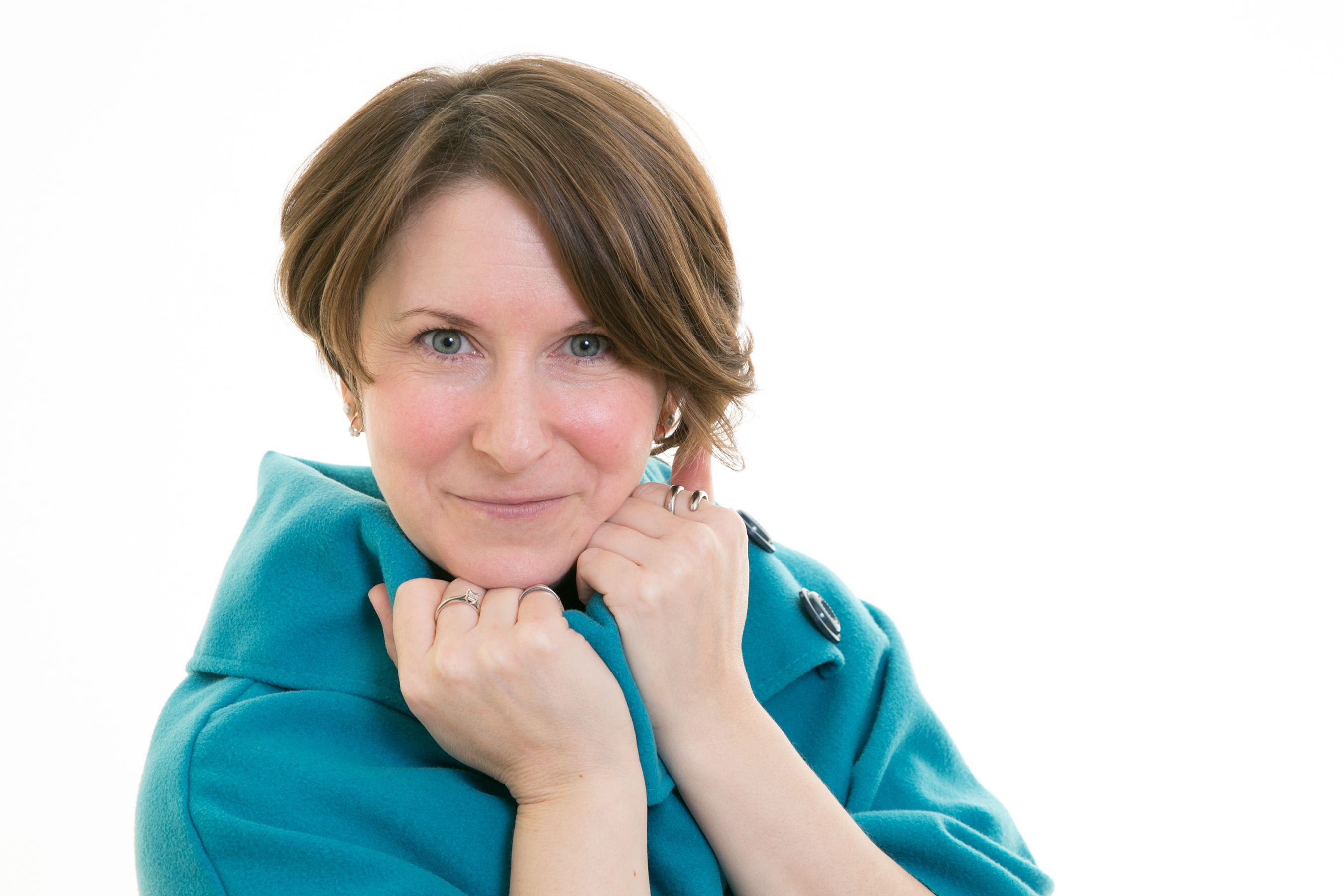 Avril is an award-winning technology entrepreneur, executive, speaker, author and cancer thriver. Featured in Computer Weekly's most influential women in UK IT 2020 long list, Avril won Entrepreneur of the Year at the 2019 Women in IT Awards, is Founder & CEO of Cancer Central, Chief Technology Officer at Royal Institute of British Architects, one of the 3 Digital Amigos (podcast series), author of 'Be with me, it’s c' and ‘Taking That Leap of Faith’. She loves good food, big dreams and a giggle. 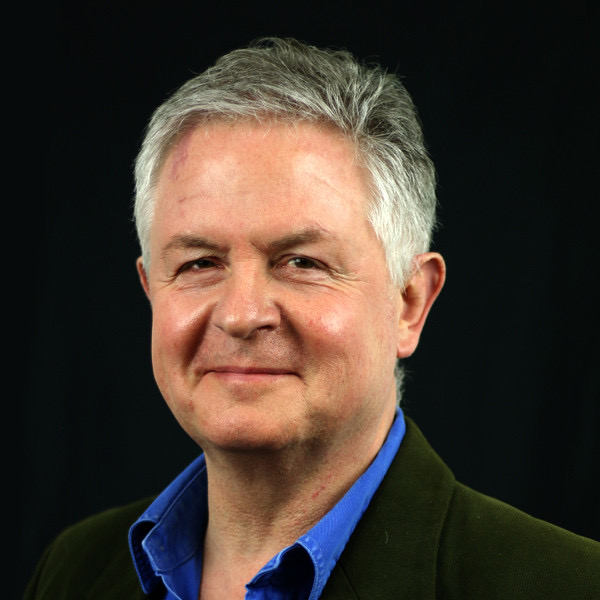 Howard is outgoing global Head of Sustainabilty for Bangarra Group and was at the same time Managing Director for St Mellion Estate since Feb 2020. Howard has operated at the most senior levels in voluntary, private and public sectors, as an executive and on Boards. Howard left medical school to serve sixteen years in the military, on active, commissioned, service on five continents, fulfilling a range of specialist duties. On leaving in 1999, he managed a horticultural business, before becoming Development Director of the Eden Project in 2001. In 2011, he founded, and served as CEO of Living Networks, a social business for regeneration and social justice. He was founding director of Shaping Places, a cross-disciplinary partnership for capital investment for regeneration. In 2016, Howard became CEO of the international wildlife charity, Born Free, transforming the organisation and its quality of work around the world, prior to joining Bangarra Group in 2020.. 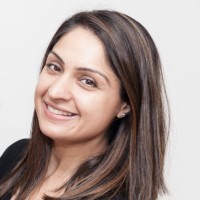 Natasha is the founder of Shop Mental Health, which is a start-up being created because of the experience that her Mum went through with her employer, when she began to display signs of serious mental health issues following an aggressive form of Cancer. Although Natasha's mum was diagnosed with limited insight into these mental health conditions, she was dismissed after almost 40 yrs of service. The very treatment she endured due to these mental health conditions, Natasha has vowed should not be suffered by any other person - and so she is working determinedly to set legal case precedence to protect the rights of individuals in the same position.

Through Shop Mental Health, Natasha is also collaborating with mental health SME's and with those directly experiencing everyday mental health conditions (such as anxiety, stress, depression) to produce a bespoke '#SMH hit the ground running' package, developed with a true understanding of what the end-user needs.

Vlogs and advice of her lived experience as a carer, as well as the employment tribunal process and legal aid process is also part of Shop Mental Health's offering. Her goal is to provide central end-to-end support to wider hard hitting questions e.g. how do I know if I have been discriminated against? or How do I, as a carer, prioritise my daily needs, as well as that who I am caring for. These are questions Natasha struggled to find honest answers to, for herself as a carer, but also on behalf of her Mum. This was because a platform with this lens didn't exist ... until now (!) 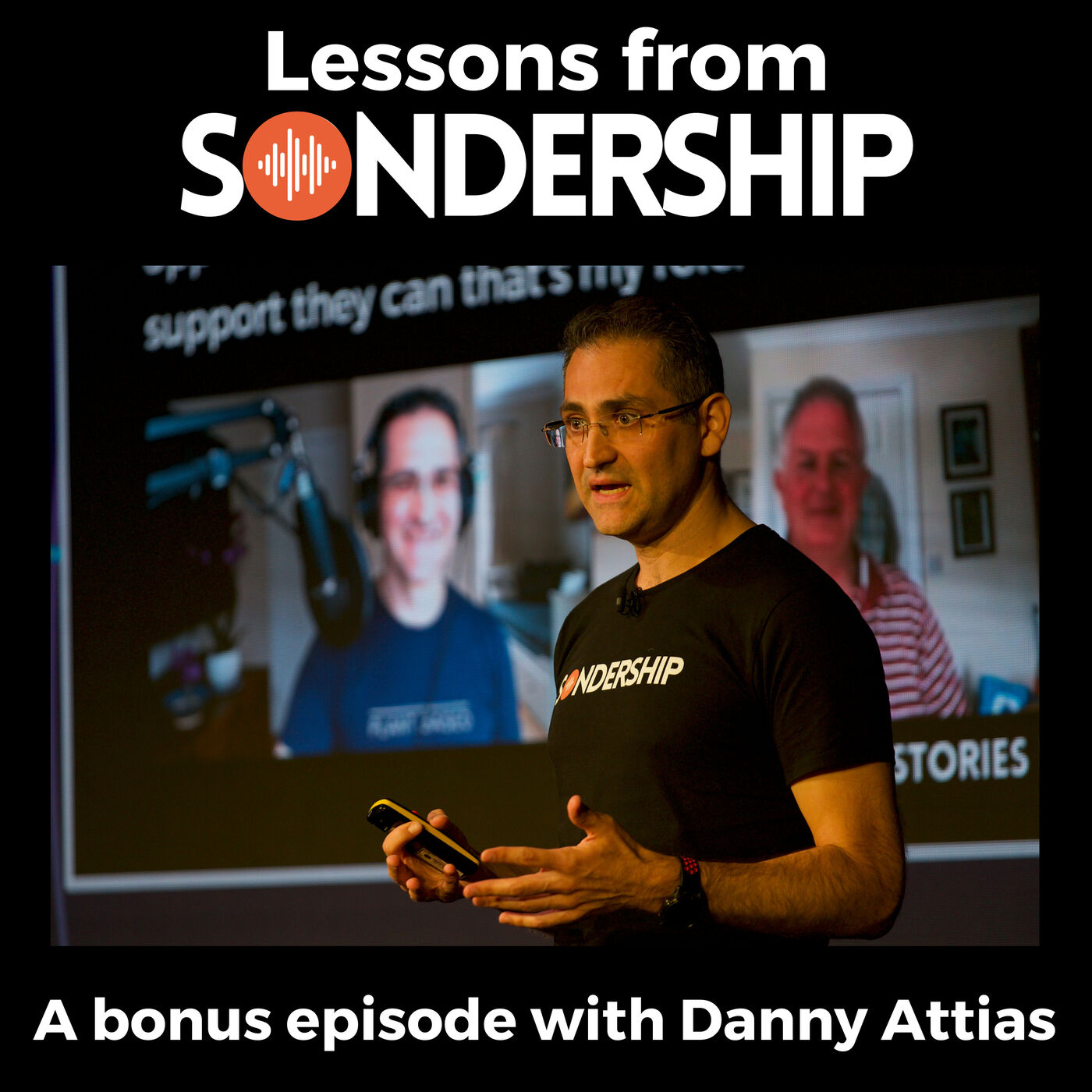 In this special bonus episode you will hear from Danny Attias, the creator and host of the Sondership Podcast give a 15 minute (TED style) talk called Lessons from Sondership which was recorded in front of a live audience on … 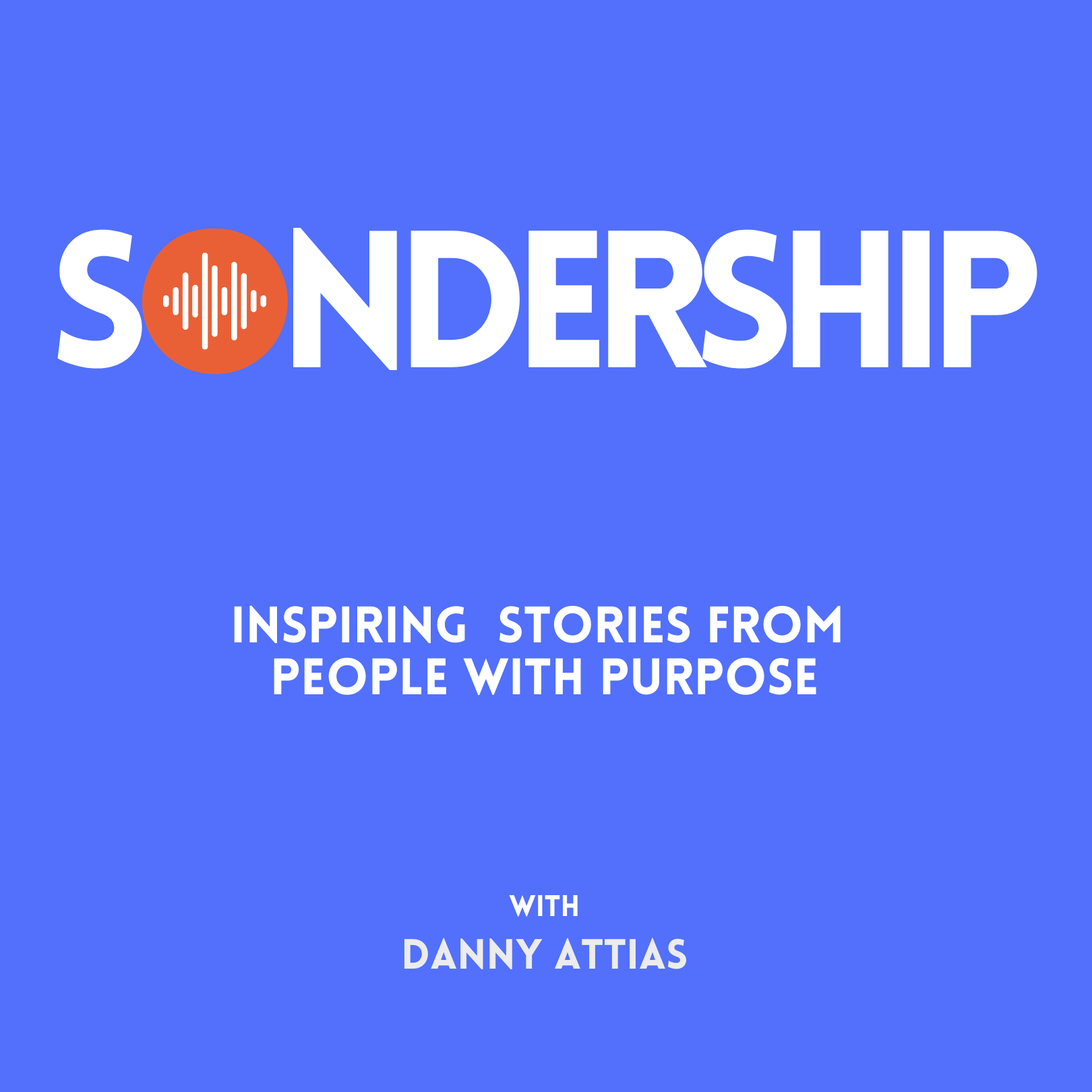 Find out what Sondership is all about and get a taste of upcoming episodes. A transcription of each episode as well as guest profiles and much more is available on our website www.sondership.com Credits John Koenig’s TED Talk... 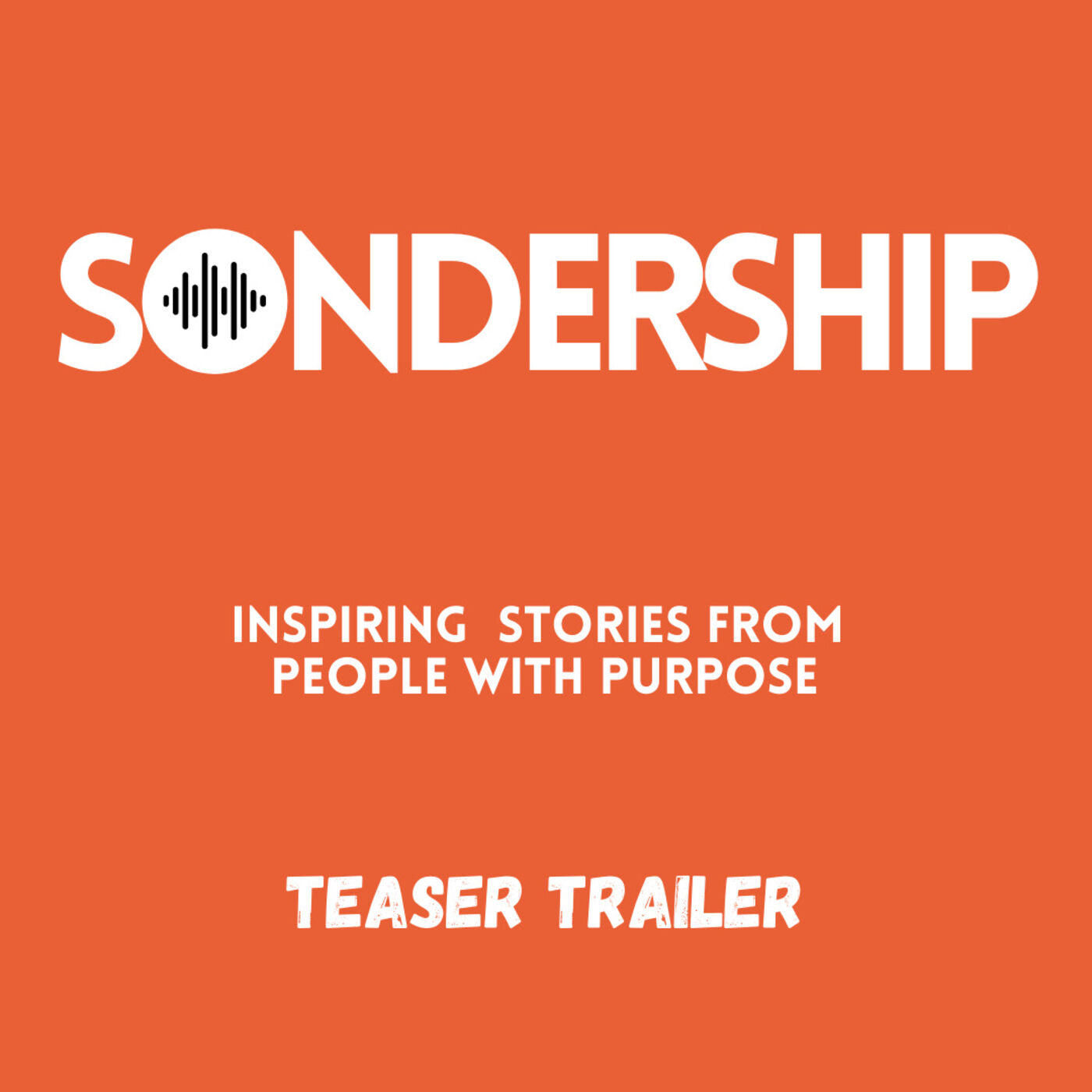 Welcome to the Sondership Podcast, tune in to listen to inspiring stories from people with purpose. A transcription of each episode as well as guest profiles and much more is available on our website www.sondership.com Title ...